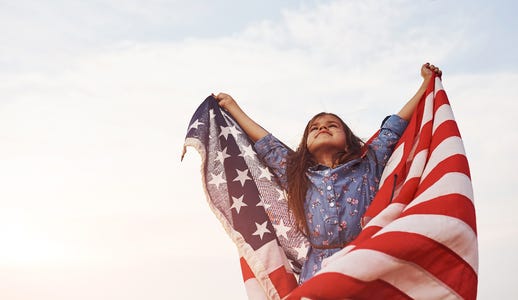 When we think of U.S. holidays, the 4th of July, Memorial Day, or Thanksgiving typically come to mind. However, it’s more than just fireworks and turkey; many other important holidays are celebrated in the U.S. as well! The United States has celebrated remarkable days, people, and events throughout history that have significantly shaped this country for a long time. Some holidays, such as Christmas and New Year's Day, may be familiar to many immigrants since they’re celebrated around the world. But there are other special days that are unique to this country alone. Read on to learn more about the most important U.S. holidays, their history, and the traditions behind them.

Holidays are special days when a community chooses to celebrate or remember an important historic event or figure. In some cases, it’s customary not to work on those days.

In the U.S., some holidays have been designated by the government as federal holidays. This means that non-essential federal government offices remain closed, and employees are paid for the day off.

Keep in mind: Private businesses aren’t required to suspend operations on federal holidays. However, some institutions such as banks, businesses, schools, and the stock exchange may be closed.

There are eleven federal holidays in the United States that we’ll describe below.

Since the Gregorian calendar is used in virtually all Western countries, New Year's Day is one of the most universal of holidays. Civilizations around the world have been celebrating the beginning of each new year for at least four millennia. Common traditions include attending parties, eating special dishes meant to bring good luck, making resolutions for the new year, and watching fireworks. One of the most iconic New Year’s celebrations in the U.S. is the ball drop that takes place just after 12:00 a.m. on January 1 in New York City's Times Square. 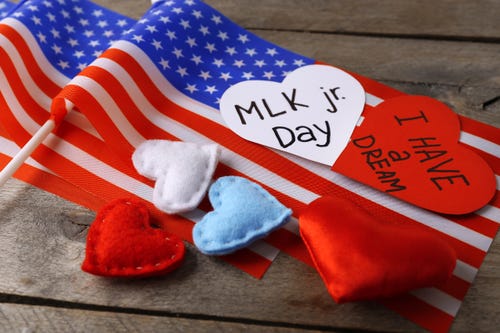 Martin Luther King Jr. was one of the most prominent leaders of the Civil Rights Movement movement in the United States. His most famous speech, entitled “I Have a Dream,” was given during the March on Washington in August 1963. He was an advocate of nonviolent protest and became the youngest man to receive the Nobel Peace Prize. Dr. King was assassinated in 1968. It wasn’t until 1983, during President Reagan’s administration, that this day was established as a holiday celebrated on the third Monday of every January.

Presidents' Day honors George Washington’s birthday. Born on February 11, 1731, George Washington was the first president of the United States. However, when the British colonies switched to the Gregorian calendar, his birth date was changed. Before it became an official holiday in 1879, people celebrated Washington’s new birthday on February 22, 1732.

Since Abraham Lincoln was born on February 12, many people began celebrating both of their birthdays on the same day. That’s how "Presidents' Day" got its name. In 1968, the Uniform Monday Holiday Act officially moved it to a Monday, giving people a three-day weekend and encouraging travel. 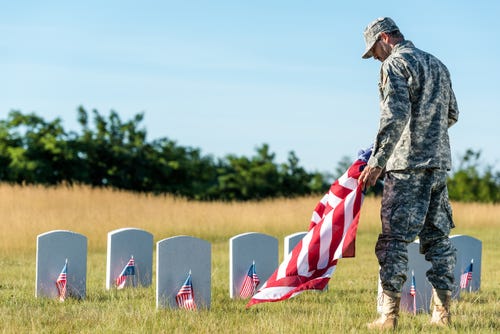 The United States has participated in twelve major wars as well as many other minor conflicts throughout its history. On Memorial Day, we remember the soldiers, sailors, and pilots who died in these wars and never came home. This holiday started after the Civil War, when some towns and cities remembered their dead.

General John A. Logan asked for May 30 to be called "Decoration Day" in 1868. During the Civil War, people often placed flowers on soldiers’ graves, which is how the name came about. After World War I, the holiday was renamed "Memorial Day" to honor all Americans who died fighting for their country. Memorial Day has been commemorated on the last Monday in May since 1971.

On June 19, 1865, enslaved people in Galveston, Texas, received important news: slavery had been abolished and they were now free people. This day became known as Juneteenth, a word created by combining the words June and nineteenth. The Black community has celebrated it every year to commemorate the end of slavery.

Since then, Juneteenth has been widely celebrated in the U.S. to mark the end of slavery and to serve as a reminder that everyone has a responsibility to end social injustices that still persist. In 2021, President Joe Biden signed the National Independence Day Act, which made Juneteenth a U.S. national holiday. 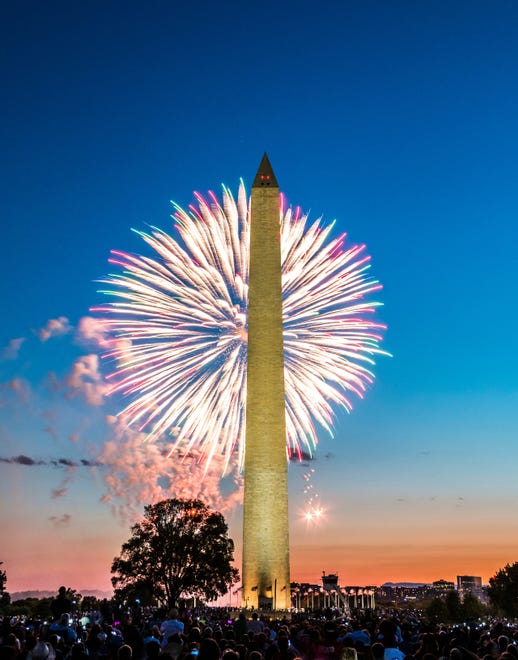 Independence Day, or the Fourth of July, is one of the most important holidays in the United States. It commemorates when the Declaration of Independence was adopted on July 4, 1776. On this day, the United States officially became a free nation, no longer under the rule of Great Britain.

Most Latin American countries observe Labor Day on May 1. In the U.S. however, it’s always celebrated on the first Monday in September. Unlike other U.S. holidays, Labor Day is mostly associated with shopping and barbecues. There aren't many rituals or cultural traditions connected to this date.

For most people, Labor Day marks the last weekend of summer and the start of the school year. In reality, Labor Day is the official commemoration of workers' contributions to national strength, prosperity, and well-being.

The original purpose of Columbus Day, which is celebrated on the second Monday in October, was to commemorate the arrival of Italian explorer Christopher Columbus in America on October 12, 1492. Due to the impact that colonization has had on this continent’s native populations, greater focus is now being placed on celebrating these cultures instead. For this reason, people in many places now celebrate Indigenous Peoples’ Day, using the date as an opportunity to learn and teach about Native American culture and history, which were severely affected by European colonization.

Veterans Day is meant to honor all members of the U.S. military, both living and dead. That said, Veterans Day primarily focuses on living veterans of the United States Armed Forces. Unlike Memorial Day, which honors those who gave their lives in service to their country, Veterans Day expresses gratitude to American service members, past and present. Previously known as Armistice Day, Veterans Day takes place on November 11, the date that commemorates the official end of World War I. 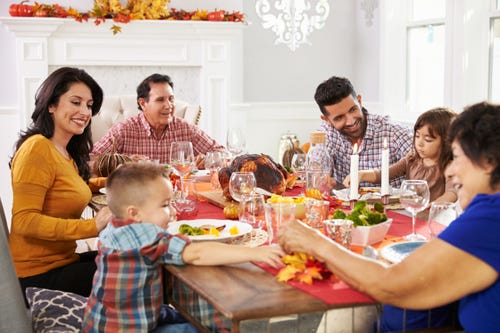 Thanksgiving is celebrated in the United States to express gratitude. Thanksgiving is honored on the fourth Thursday in November with an abundant dinner among family, friends, and loved ones. Some of the typical foods associated with this celebration are roast turkey, mashed potatoes, and stuffing, though the menu is often influenced by regional culinary traditions. Also commemorated in Canada, Thanksgiving began as a day of giving thanks for the blessing of the harvest and of the preceding year. Although in the U.S. it’s historically rooted in religious tradition, Thanksgiving is a secular, or non-religious, holiday.

This Christian celebration is celebrated in the U.S. with family feasts, parades, and of course, gift exchanges. The primary difference between Christmas festivities in the U.S. and those in Latin America is that the central celebration isn’t held on December 24 (Christmas Eve), but rather on the 25th.

In addition to holidays, there are entire months dedicated to celebrating aspects of the country's history. While these months typically don’t involve large celebrations on specific days, they are used to lend visibility to important issues in workplaces, schools, and communities at large. The most important are: 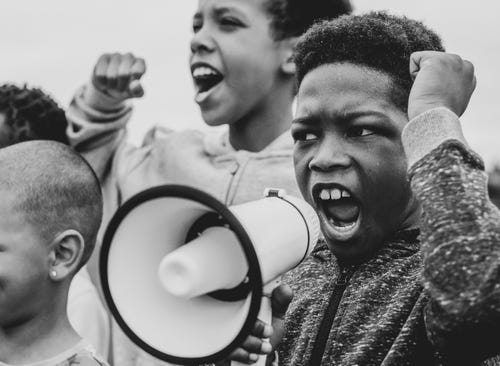 The now month-long celebration began in 1926 as a week-long event sponsored by the Association for the Study of African American Life and History (ASALH). During the 1960s, the shorter observance evolved into a longer celebration on college campuses. Since 1976, February has been officially designated as Black History Month.

Women's History Month is a celebration of women's contributions to history, culture and society Since 1987, it’s been celebrated annually in the United States during the month of March.

Women's History Month grew out of a week-long celebration organized by California’s Sonoma school district in 1978. A few years later, the idea caught on in communities, school districts, and organizations across the country. In 1980, President Jimmy Carter issued the first presidential proclamation declaring the week of March 8 as National Women's History Week. The U.S. Congress followed suit the next year, passing a resolution establishing national observance. By 1987, the National Women's History Project successfully petitioned Congress to extend the event to the entire month of March. 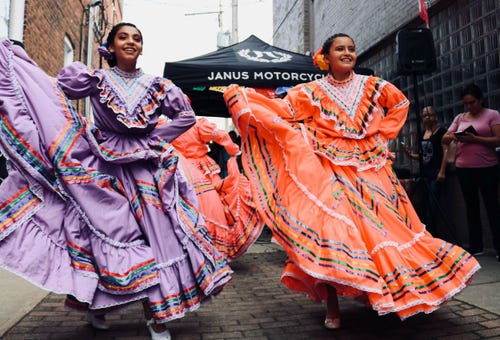 Hispanic Heritage Month is celebrated from September 15th to October 15th because several Latin American countries’ independence days are commemorated between these dates. For example, Costa Rica, El Salvador, Guatemala, Honduras, and Nicaragua celebrate independence on September 15, while Mexico celebrates on the 16th, and Chile on the 18th. Hispanic Heritage Month is dedicated to honoring the art, stories, and cultural contributions of those whose ancestry can be traced back to Spain, Spanish America, and the Caribbean. 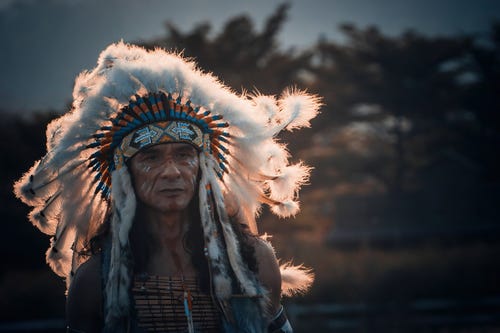 November is federally recognized as National Native American Heritage Month. During this month, Indigenous Americans and Alaska Natives are honored and celebrated for their rich and diverse cultures, traditions, history, and contributions to society. This celebration gives us the opportunity to educate ourselves more about Indigenous Americans, increase our awareness of the unique challenges facing this population, and better understand how history has impacted these native peoples.

There's Always Something to Celebrate!

The days and months listed above are just a few of the holidays that are officially observed in the U.S. That said, we know that our community always has a reason to celebrate. Keep in mind that U.S. holidays are only mandatory for federal government workers, so check with your employer beforehand to confirm if you have any of those days off.

Is there a Latin American holiday that you’d like to celebrate in the U.S.? Share your answer in our Facebook group! Maybe you can organize a party with other members of our community!