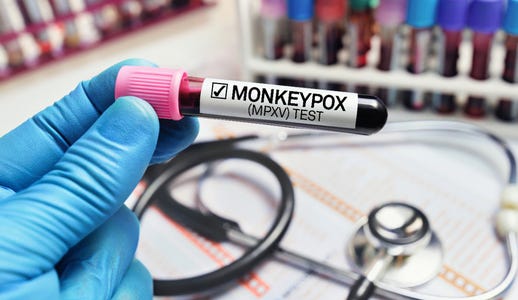 Monkeypox: How Does It Spread and What Are the Symptoms?

If you've been following the news lately, you’ve probably heard of monkeypox. Also known as simian smallpox, this viral disease is similar to smallpox. Historically it was primarily found in Africa, but cases have now been reported in other parts of the world.

Monkeypox is a contagious virus that causes flu-like symptoms such as fever and chills, and a rash that may take weeks to disappear. There is no specific treatment for this disease. Usually, however, it goes away on its own. Read on to learn more about monkeypox, how it’s transmitted, and how to prevent it.

Monkeypox is a disease caused by infection with the monkeypox virus. It’s related to the variola virus, which causes smallpox, and its symptoms are similar to smallpox but less severe. Monkeypox is rarely life threatening, though it is contagious. The virus was discovered in 1958 when two outbreaks of a smallpox-like disease occurred in groups of monkeys being used for scientific research. The first human case was reported in 1970.

This disease is primarily spread through human contact with infected rodents. It can also be spread through skin-to-skin contact with an infected person. There are two known types of monkeypox virus, one that originated in Central Africa and one that originated in West Africa. The current global outbreak (2022) is caused by the West African clade, which is less severe than the Central African clade.

Emergency Declared by WHO

On July 23, 2022, the World Health Organization (WHO) declared the monkeypox outbreak to be a "public health emergency of international concern" (PHEIC). The organization's researchers hope this will serve as a wake-up call for countries as they struggle to contain the spread of the virus.

The first cases were discovered outside of Africa in May. Since then, nearly 16,500 people have been confirmed infected in nearly 80 countries where there were previously no cases. Monkeypox has been circulating in parts of Africa for decades.

Keep in mind: This is the seventh time that WHO has declared a PHEIC since 2005. This status is reserved for events that are considered a risk to multiple countries and require a coordinated international response. Two of these warnings, COVID-19 and polio, remain in effect.

How Is Monkeypox Spread?

Direct contact with blood, body fluids, skin lesions, or mucous membranes of infected animals can result in the transmission of the virus from animals to humans (known as zoonotic transmission). Several African animals, including chipmunks and tree squirrels, Gambian rats, African dwarf dormice, and several types of monkeys, have shown signs of monkeypox virus infection.

Rodents are the most likely culprits of monkeypox, but this has yet to be proven. Eating raw meat and other contaminated animal products is a potential risk factor. People who live in or near forests may have indirect or minimal exposure to sick animals.

The most common way to transmit monkeypox from person to person is through contact with:

Healthcare professionals, family members, and others close to those currently infected are most at risk because prolonged face-to-face contact is usually necessary for respiratory particle transmission to occur.

In recent years, the longest recorded chain of transmission in a community increased from 6 to 9 people. This could indicate a general decline in immunity as a result of the reduction of regular smallpox vaccination campaigns.

Keep in mind: Monkeypox can also be congenital, resulting from infection through the placenta, during contact between mother and child during delivery or immediately after delivery by close contact. Although close physical contact is a known risk factor for transmission, it’s currently unknown whether monkeypox can be spread through sexual intercourse. Further research is needed to assess this risk. 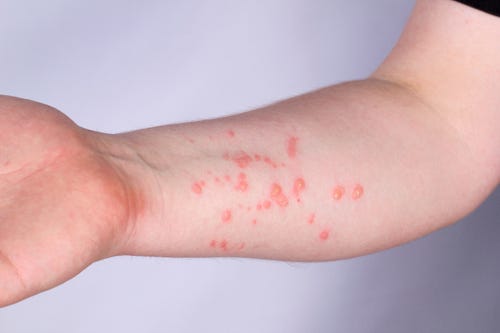 Monkeypox isn’t usually fatal, but it does cause easily recognizable symptoms. Among them are:

What Should You Do If You Have Symptoms?

See a doctor as soon as possible if you have any of the symptoms above. Skin sores can take a few days to appear after the flu-like symptoms, so don't wait until you have a rash to see a doctor.

Keep in mind: Our SEP+ Membership, which includes the PODERsalud program, gives you access to unlimited virtual doctor visits for just $16.95 per month. A single subscription also covers your children (under 18) and spouse.

Anyone can become infected with monkeypox. It doesn’t discriminate by age, gender, or sexual orientation. Monkeypox is not a sexually transmitted disease. The WHO has noted that men who have sex with men have had higher rates of reported infections. This could be for a variety of reasons, such as underreporting in other patient populations. Some infectious disease specialists believe focusing attention on one group of people may lead medical professionals to ignore or miss monkeypox symptoms in other patients.

Keep in mind: This statistic shouldn’t be used to stigmatize the LGBTIA+ community. Anyone, regardless of sexual preference, gender, age or ethnicity, can get monkeypox.

Doctors can take the following steps to determine if someone is infected with monkeypox virus:

There is no specific treatment for infections caused by monkeypox virus. The National Health Service of the United Kingdom states that "the disease is usually mild and most people infected recover within a few weeks without treatment."

Even so, there may be more severe cases requiring hospitalization. The risk may be higher for the elderly, young children, and people who are taking medications that affect their immune system.

For cases requiring treatment, the U.S. Centers for Disease Control (CDC) indicates that antiviral drugs developed to protect against regular smallpox can be used to prevent and treat monkeypox virus infections.

How to Protect Yourself Against Monkeypox 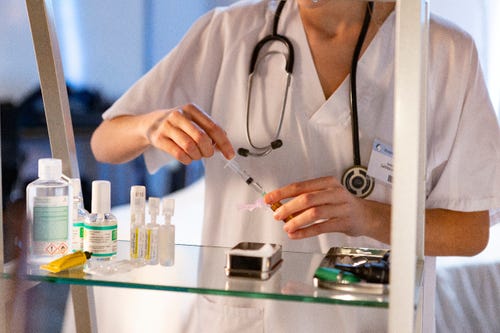 The CDC recommends the following measures to protect against monkeypox:

Should I be vaccinated against monkeypox?

Both European and U.S. authorities have stated that vaccination against monkeypox isn’t necessary for everyone. Right now, the number of available doses is limited and the risk is not widespread. It’s important that you only seek vaccination if you work with infected people, handle laboratory specimens, or were in contact with someone who’s been exposed to the virus.

Generally, monkeypox is non-life threatening. Like many other diseases, however, the condition can be serious in the immunocompromised (like people with HIV or that take immunosuppressive drugs) or those with poorly developed immune systems (such as children).

How does monkeypox affect pregnant people?

Is monkeypox a pandemic?

The WHO has declared the monkeypox outbreak to be a global health emergency. In order to be classified as a pandemic, infections would have to be worldwide and affect a large number of people, like COVID-19.

Protect Yourself and Your Family's Health!

The recent monkeypox outbreak is concerning but there’s no reason to panic. Stay alert, informed, and seek accessible healthcare services when you can.

SABEResPODER created the PODERsalud program, which is included in our SEP+ Membership. The membership gives you access to unlimited virtual medical appointments (via phone call or video chat), as well as discounts on prescriptions and lab tests, for just $16.95 a month. These benefits also apply to your minor children and spouse.

Remember, health is wealth. We’re here to help you make your well-being a priority. Take care of you and your family with PODERsalud!