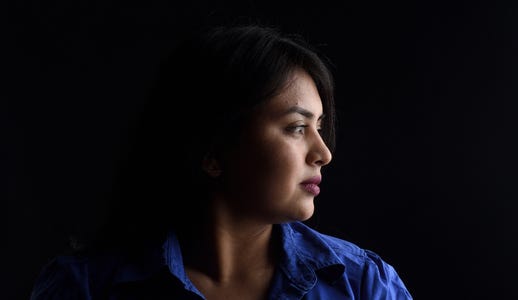 Political Asylum in the United States: What Is Means and How to Apply

People might leave their country of origin for a variety of reasons. Sometimes it’s simply in search of a better life, but it can also be due to war, fear of persecution, or other imminent danger. If you’re from a country where you’ve been unjustly persecuted and are now in the U.S., or if you have reason to believe that you would be persecuted if you returned to your home country in the future, you may choose to seek political asylum in the United States. The requirements for applying for this protection are extremely strict. In order to seek political asylum in the United States and increase your chances of success, it’s important to familiarize yourself with what this immigration status means and prepare a detailed list of documents demonstrating that you meet these requirements. Below, we’ll explain what political asylum entails, the criteria for candidacy, and the application process.

What Is Political Asylum?

Political asylum is a type of humanitarian protection granted by a country to a non-citizen who fears persecution if they return to their home country. This also includes fear of harm at the hands of another entity or organization, such as a criminal gang.

The U.S. Congress passed this law in the Refugee Act of 1980. If the U.S. government determines that a person qualifies, they’re granted what’s known as asylee status, which allows them to live and work in the country. After a certain period of time, asylees can apply for permanent residency and U.S. citizenship.

What’s the Difference Between Political Asylum and Refugee Status?

Under U.S. law, there are two systems of humanitarian protection for people facing  persecution in their home countries: political asylum and the refugee resettlement program.

Unlike someone seeking asylum, a refugee is a person located outside of the United States who is granted permission to enter the country and live and work there. People seeking refuge must clearly demonstrate that they were persecuted or fear persecution if they return to their country or origin.

This entire process takes place outside of the United States. Then, the applicant must be referred to the Refugee Admissions Program. Keep in mind that the rest of this article will focus on political asylum, not refugee status.

What Are the Different Ways to Apply for Asylum in the United States?

You can apply for two types of asylum. The affirmative asylum process applies to those who aren’t subject to any type of removal (deportation) proceedings. Those facing removal proceedings must go through a process known as defensive asylum.

Those who aren’t in removal proceedings can apply through U.S. Citizenship and Immigration Services (USCIS), a division of the Department of Homeland Security (DHS). If USCIS denies asylum under the affirmative category, the government will begin removal proceedings. At that point, the applicant may seek defensive asylum, in which case they’ll almost certainly have to appear before an Immigration Judge.

Defensive asylum is for people in removal proceedings. It must be filed before an Immigration Judge at the Executive Office for Immigration Review (EOIR) at the Department of Justice. This type of political asylum is requested to avoid deportation.

Who Can Apply for Political Asylum in the United States? 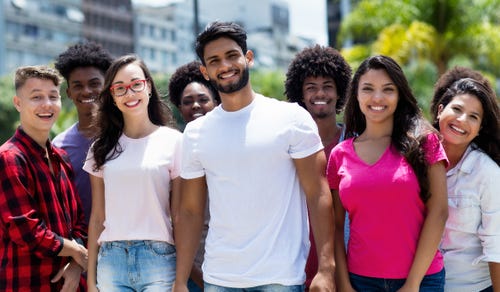 It’s important to clarify that fleeing a nation because of chaos, violence, or war isn’t enough reason to apply for asylum. The asylum seeker must be the target of persecution and demonstrate that their fear is well-founded, credible, and reasonable.

Every year, people seek asylum in the U.S. because they’ve either been persecuted or fear that they will be persecuted as a result of:

What Do You Need to Apply for Asylum?

Although there are few requirements to apply for political asylum in the United States, the process isn’t easy. First and foremost, asylum can’t be sought if the applicant is in another country. This status can only be requested from a port of entry (land, sea, or air) to the U.S. or within the national territory (regardless of immigration status).

In addition to already being in the U.S. the applicant must be able to demonstrate credible, well-founded fear of persecution in their home country. Credible fear consists of a subjective (fear of persecution) and an objective component (the basis). Essentially, asylum seekers must explain why they’re afraid. Then, the government (represented by an Immigration Judge) decides whether this fear is credible.

Finally, under U.S. law, affirmative asylum can only be requested during the first year of a person's stay in the country. An exception can be requested if you’re able to demonstrate that it took you more than a year to apply due to forces beyond your control or because circumstances in your country have changed since your arrival.

Is the Asylum Process Different Depending on the Applicant’s Nationality?

The process of applying for political asylum in the U.S. is the same for every nationality. The decision to grant asylum is based entirely on the evidence that the applicant presents to support their fear of persecution. Citizens of certain countries with significant conflict may be more likely to be granted asylum status.

Below are the most and least successful nationalities when applying for political asylum in the U.S. in 2021:

Nationalities with the most successful asylum application process:

What Are the Risks and Benefits of Political Asylum?

The biggest risk when applying for political asylum is that your application will be denied and you’ll be forced to return to your home country. People who successfully obtain this status can access numerous benefits, including:

Steps to Apply for Political Asylum 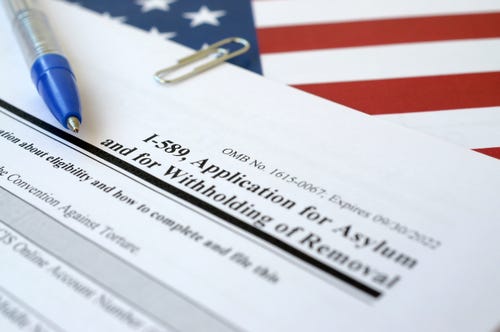 The application process for political asylum in the United States differs between the two types of asylum, affirmative and defensive.

To apply for affirmative asylum, follow the steps below:

There are two circumstances where defensive asylum may be used: if you’ve been detained by Immigration and Customs Enforcement (ICE) and are facing proceedings in an immigration court, or if you’re sent to an Immigration Judge after USCIS denies your application for affirmative asylum.

In this case, seeking legal representation is strongly recommended (but not required). To be granted defensive asylum, you must prove at trial that you’re being persecuted or credibly fear persecution in your home country for any of the reasons mentioned above. At this trial, an ICE attorney will argue against you in an attempt to convince the judge that your deportation should proceed.

After hearing arguments from both sides, the judge will decide to either grant or deny asylum. If your proceeding was initiated because you were originally denied affirmative asylum, the Immigration Judge responsible for your case won’t take that prior determination into account in making their decision.

A Land of Opportunity for All

Political asylum in the U.S. can help you if you’re being persecuted in your home country or fear persecution if you return. This immigration status is extremely beneficial to the most vulnerable people, and the application process isn’t as complicated as it appears.

We hope this information is useful for you and your family. As always, at SABEResPODER, we’re here to help. If you have any questions, contact our team of experts through our chat. We’ll gladly provide you with support.