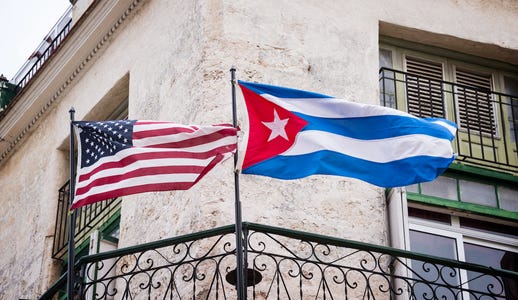 The Biden Administration Lifts Some Restrictions on Cuba

The Biden administration is changing its policies toward Cuba. President Biden recently announced the decision to reverse some of the travel, trade, and immigration measures implemented by the previous administration. This will affect the Cuban community in the U.S. as it opens up a wide range of possibilities for people on the island. These updated policies will also help Cubans receive assistance from the United States, such as sending remittances or managing the visa process.

At SABEResPODER, we recognize that this is a very important issue for many of our readers. We’ve compiled a summary of the new measures and their impact. Read on for detailed information on what these decisions mean for the Cuban community in the United States and their loved ones abroad.

The Biden administration has eased certain sanctions imposed by the previous administration. These new measures include increased transparency for Cuban citizens in terms of documentation, immigration management, and opportunities for business owners.

This is critical because it will allow families to reunite and send financial support overseas. The Biden administration announced the following initiatives:

One of the most notable measures is the return of commercial and charter flights to Cuba. This update is significant given the community's long-standing roots in the United States. Flights will depart from various points on the island and will be one of the major pillars of restoring Cuba-U.S. relations.

Educational group trips will now be authorized to build stronger ties between the U.S. and Cuba. The travel groups will both support professional and academic training for the island's citizens and aim to expand online access tools.

Greater efforts will also be made to expedite the processing of immigrant visas issued by the United States Embassy in Guyana, which works with people born in Cuba, Guyana, Suriname, and French Guiana. This measure has a significant positive impact on reuniting Cubans and Cuban-American families.

Facilitated family reunification for Cubans in the U.S.

Reinstating the Cuban Family Reunification Parole Program (CFRP) will give members of the Cuban community in the U.S. the opportunity to reunite with family members in Cuba. Cuban nationals will be eligible for this program if a family member with U.S. citizenship applies through the I-130 petition, which grants visa-free entry into the country.

A Cuban citizen approved to enter the country through this petition may apply for a work permit while legalizing their immigration status. You can apply for this permit here. You’ll need to create a login using your email address to complete the form with the system's requested data.

Removal of the quarterly remittances limit

One of the most significant measures for many families is the elimination of the $1,000 quarterly cap on remittances.This decision is critical because it can significantly increase financial mobilization in the country and improve loved ones’ quality of life in Cuba.

Keep in mind: We understand how important financial family assistance is to many of our readers, so to find out how to send remittances to Cuba, check out this guide created by SABEResPODER.

This innovative measure aims to facilitate trade and access to goods for Cuban people. You can invest in Cuban entrepreneurs and small business owners to support them and their projects. This fosters diversified production, which will enable higher quality service providers to thrive while also benefiting your family and loved ones living in Cuba.

Keep in mind: This proposed assistance also includes access to digital tools used for trade and payment for services. These measures will also aim to provide entrepreneur-related knowledge to expand the commercialization of Cuban goods and services. 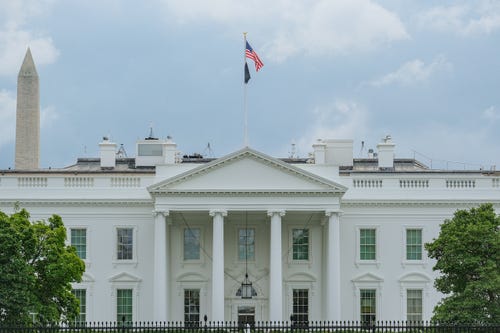 Despite these new measures, some remain in place due to the current diplomatic relations between the two countries. The following limitations remain in place:

The State Department identified certain countries with ties to terrorist groups and imposed sanctions on those that may harbor or support such organizations. Cuba was added to the list in 2021 during Barack Obama’s presidency, a decision upheld by the Biden administration.

The economic embargo has been in place for 60 years, since geopolitical tensions between the two countries were high during the Cold War. It prohibits a large number of financial and commercial operations with Cuba. The embargo still hasn’t been lifted and remains unaffected in the measures announced by President Biden.

What’s Next for Cuba?

Following the new measures announced by the United States, hope for negotiations between the two countries creates a favorable environment for Cubans. The talks form part of a political plan in which both nations seek to resolve problems they’ve historically faced.

Resuming flights, removing the remittances cap, and reinstating Cuban Family Reunification Parole Program are all factors that will help improve quality of life for Cubans and their family members. Investing in entrepreneurs fosters a more prosperous commercial climate and greater freedom, ensuring that a larger portion of the population has access to services and goods.

Change Is on the Horizon

The measures announced by the U.S. government are an important step toward effecting change and strengthening diplomatic ties between the two countries. Both the Cuban and American press indicated that these steps will eventually lead to favorable negotiations and improved understanding.

Thanks to these new measures, there are more ways to assist loved ones, family, and friends in Cuba. To learn how to send remittances to Cuba quickly and easily, check out our guide!