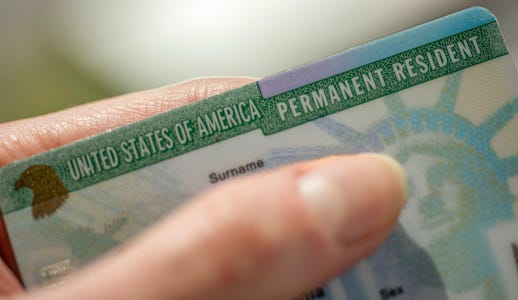 Good news, getting a Green Card just got a little bit easier.The United States Citizenship and Immigration Service (USCIS) is implementing a plan to decrease its application backlog. In a recent press release, the USCIS announced a change that would help certain applicants move their Green Card application forward. These benitis apply to U.S. citizens petitioning to remove certain conditions from their permanent residence, as well as applicants married to permanent residents. Keep reading to find out more about these USCIS policies and how they can benefit eligible applicants.

What is a Green Card, and what is it for?

Sometimes referred to as a Permanent Residency Card, a Green Card is a document that allows you to live and work in the United States for an indefinite period of time. The steps that an immigrant has to take to apply for one will depend on their individual circumstances.

Who is eligible for a Green Card?

There are different categories that can determine an immigrant's eligibility for permanent residence in the United States. The USCIS provides a detailed list of these categories. Every applicant has to determine which category they belong to since the requirements and filing process for each type of application is different.

What does it mean to be a conditional permanent resident (CPR)?

Recent changes have been made to the process of obtaining permanent residency through marriage. Now, applicants can forgo the second interview that would be used to grant the Green Card to the non-citizen member if they meet certain requirements. The first interview remains obligatory.

A risk-based approach to interviews

USCIS is implementing a new risk-based approach to conditional permanent resident interviews. This measure is aimed at improving processing times and helping “reduce the pending caseload while still maintaining procedures to identify fraud and protect national security,” explained USCIS director Ur M. Jaddou in a recent press release.
She also reported that the second interview requirement can be waived if an applicant meets these requirements:

Who does this apply to, and how does it work?

This change mainly applies to foreign applicants married to U.S. citizens or legal permanent residents in the U.S., as well as their biological and adopted children.

Broadly speaking, the process works in the following manner: when a couple obtains a Green Card for the immigrant spouse, the USCIS gives them a two-year conditional permanent residence (CPR.) After this period of time, the immigrant spouse has to file for removal of conditions to obtain permanent residence and eventually progress toward naturalization. At this point, an officer can determine that there is enough documentation and proof to waive the second interview requirement.

How can one apply to remove the conditions from their status

Conditional permanent residents who obtained their status by marriage and wish to remove these “conditions” have to file an I-751 Form, Petition to Remove Conditions on Residence.

This form must be filed within 90 days before the conditional permanent residence expires because it’s only valid for two years and can’t be renewed. If this form isn’t filed, the resident runs the risk of losing their immigration status.

In addition to reading the I-751 form instructions carefully and filling it out, applicants must provide supporting evidence and documentation for their request and pay the corresponding filing fees. The USCIS fee calculator is a very useful tool for determining how much you’ll have to pay. The agency will then evaluate the applicant’s case, so it’s important to pay attention to any  notifications they send about—for example needing biometrics or scheduling an interview.

Why is there a backlog?

The COVID-19 pandemic significantly impacted their response times. The backlog of cases resulted in delays in processing a lot of applications that range from petitions for asylum and Green Cards to applications for U.S. citizenship. This delay results in wait times lasting months and even years, which can lead many immigrants to lose their jobs, driver’s licenses, or access to certain services.

“USCIS remains committed to delivering timely and fair decisions to all we serve,” stated USCIS director Ur M. Jaddou. “Every application we adjudicate represents the hopes and dreams of immigrants and their families, as well as their critical immediate needs such as financial stability and humanitarian protection.” 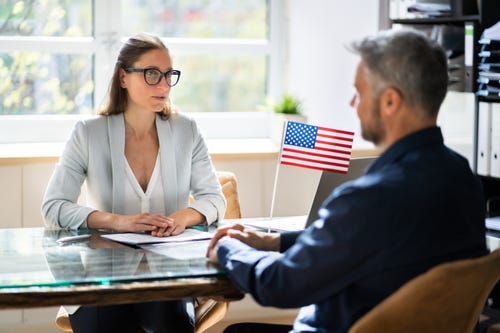 The USCIS launched a new series of measures to expedite petitions for immigration benefits, Green Cards, and visas. Three strategies have been enacted to lighten the loads of the immigration system:

Paying an extra fee in order to expedite decisions

The USCIS priority processing service allows applicants to pay an additional fee of around $2500 to expedite the decision on certain forms, generally within 15 days.

Last March, the USCIS increased the number of forms that could be processed quickly by paying an extra fee.

Who does this apply to, and how does it work?

Since the beginning of 2022, priority processing has been only available to people filing the Form I-129, the Non-Immigrant Worker Visa petition and certain employment-based immigrant petitions (such as the Form I-140.) As of the end of March, the rule was expanded, and more types of forms are eligible for an expedited decision for a fee. These eligible forms include:

A bit of relief for immigrants affected by work authorization delays

Work authorization delays have affected thousands of immigrants, and the USCIS has acknowledged this and taken a few measures to increase access to Employment Authorization Documents (EAD.)In many cases, processing times for work authorizations and visas have exceeded ten months, as the USCIS reports here.

As a result, they extended the validity periods for certain EADs by two years and granted expedited work authorization renovations for healthcare and childcare professionals. The USCIS also reported that they’re implementing a temporary rule aiming to “build on this progress and to ensure certain individuals will not lose their work authorization status while their applications are pending.”

Who does it apply to and how does it work?

People benefitting from these measures (new and renewed EAD) belong to categories such as:

Other categories that benefit include:

“Increasing the maximum period of validity that can be provided to EADs for these categories will help mitigate the delays in processing and reduce the frequency and number of times that applicants have to renew their EADs. It will also help prevent gaps in employment authorization and documentation,” the USCIS acknowledged.

Hiring more staff and updating their technology to decrease the significant backlog of pending visa applications is another measure that the USCIS is taking. The agency established new internal goals to decrease the amount of time taken to review each application, which can vary from two weeks to six months depending on the type of visa that the immigrant is applying for.

The increased staff members and updated technology is predicted to allow them to achieve these objectives by the end of 2023.

The COVID-19 pandemic directly affected response times for applications across the board. It also impacted the agency’s application processing requirements. Starting on October 1, 2021, applicants undergoing an immigration medical exam are required to be fully vaccinated against COVID-19 before a civil doctor completes the immigration medical exam and signs the I-693 Form, Report of Medical Examination and Vaccination Record.

The USCIS makes a few general exceptions if an applicant can’t get the COVID-19 vaccine due to their age or if it’s not advised due to  a documented medical condition. While the application process is difficult and rarely granted, people who are conscientious objectors or oppose the vaccine on religious grounds can file for an exemption to the vaccine by filing a Form I-601, Application for Waiver of Grounds of Inadmissibility.

When someone files for an adjustment of status to obtain legal permanent residence, they have to use the I-693 Form, Report of Medical Examination and Vaccination Record to prove that they don’t have a medical condition that would render them inadmissible to the United States for public health reasons. In many cases, a doctor has to check and sign the form which will be a part of the applicant’s USCIS application file.

Thousands of families who are waiting to adjust their immigration status will soon get an answer about their case. Authorities are taking delays in the immigration application process into account and changing certain requirements to expedite the process. The news is encouraging, but it’s always best to get legal advice from a competent legal professional specialized in immigration procedures in order to file every family member’s applications correctly and stay informed about the USCIS’ decisions. Preventing errors and providing as much information as possible will be essential to ensuring shorter response times. Patience and following up regularly on the status of your application can also make a big difference.

If you have questions about these changes or other immigration procedures, feel free to contact us using our chat. Remember: SABEResPODER!